How to Carve a Gorgeous Watermelon Tinkerbell Fruit Bowl

You are here: Home / Recipes / Healthy Desserts / How to Carve a Gorgeous Watermelon Tinkerbell Fruit Bowl

If you are looking to make your princess super happy on her special day while impressing your guests, this watermelon Tinkerbell will be the center of attention.

A watermelon carved to resemble Tinkerbell surrounded by healthy and delicious fruit makes a charming and refreshing addition to the spread for a summertime cookout or Tinkerbell-themed birthday party.

This project requires a round or even oblong watermelon to achieve the cup shape where Tinkerbell stands. Use the teacup watermelon as a vessel for serving the watermelon and other fruits such as strawberries, berries, cantaloupe or grapes, where you and your guests can enjoy the fruit.

Cut one end of the watermelon, which will serve as the “plate” that holds the teacup and Tinkerbell.  Make sure both the skin and flesh surfaces are flat so the teacup won’t tip over (it happened to me twice).

Cut your watermelon with a long sharp knife right down the middle in half.  Make the cuts as clean as possible, using a sawing motion when needed.

Scoop out the watermelon flesh with a melon baller

, and make sure to get rid of the pits.  Place the melon balls in a bowl, and refrigerate.  Make sure to scoop out watermelon balls from the other half of the watermelon.  If you’d like only scoop half the flesh from the half that is going to be the “teacup” as to only fill the surface with fruit and watermelon balls.   Reserve the large rind pieces to make the teacup holder and Tinkerbell. 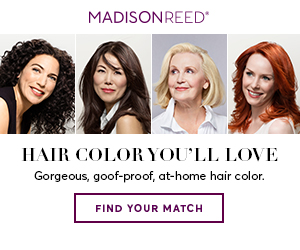 Trace and cut out Tinkerbell from this template . Then lay it over the large pieces of rind you reserved from the other half of watermelon. Start cutting by the legs and larger areas, then move into the creases and cut with a channel knife

.  I found that the watermelon-slicer-corer

tool worked best to accomplish this look but you can use any knife you prefer.   Also,  a small precision knife

, such as one used for pumpkin carving, comes in handy for cutting corners and fine design details.Set aside.

Trace and cut the teacup handle by using a smaller or pairing knife.

Fill in the teacup with the watermelon balls, strawberries, and blueberries or your choice of other fruit. The fruit is of course used for decoration, but also helps hold the skewers in place. A precision knife

, such as one used for pumpkin carving, comes in handy for cutting corners and fine design details.
Tip: You may fill up the bowl with bigger chunks of watermelon at the bottom, then put the watermelon balls and fruit on top for a fuller look.

Push a toothpick or bamboo skewer horizontally through the bottom of Tinkerbell’s feet, then insert in the middle of the fruit bowl.  I placed a chunk of watermelon in the middle which helped hold Tinkerbell stand straight.

There you have a beautifully carved watermelon Tinkerbell Bowl!

Did you find the steps easy? I think it was and it took about two hours only because I was taking pictures too :).

Tell me in the comments below. Have you made this beautiful creation or any other watermelon creations?

Previous Post: « Root Causes of Mental Health and How to HEAL Holistically
Next Post: 5 Little Known Benefits of Ashwagandha You Need to Know About »