Stop Fibromyalgia Pain Without Medications Once and For All

You are here: Home / Stop Fibromyalgia Pain Without Medications Once and For All 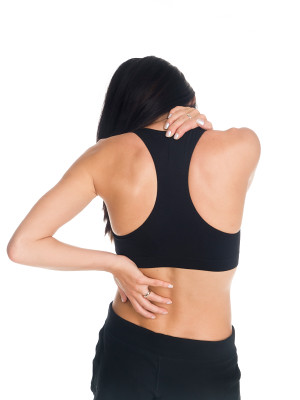 Fibromyalgia is a chronic disorder in which an individual experiences diffuse tenderness, extensive pain, and is estimated to affect about 5 million adults. It is often seen as an arthritis-related condition, it is not exactly a form of arthritis, as in fibromyalgia, there is no injury to or swelling of the joint, tissues, and muscles.

Fibromyalgia was formerly classified as an inflammatory musculoskeletal disease but is now considered to be an illness that primarily affects the central nervous system.  Writes PubMed

Here are some statistics:

There is no particular primary cause for Fibromyalgia as of today. However, emotional disturbances, physical injuries, or specific viral infections have been linked to fibromyalgia. Furthermore, it is now known that Epstein-Barr is the most common viral infection that might result in fibromyalgia.

While this condition is a chronic pain situation due to abnormal responses of the body to anxiety. Individuals suffering from it often respond in a different way during painful flare ups compared to a healthy person. Pain is the main symptom for fibromyalgia patients, who experience an amplified sensitivity to various sensory stimuli.

The pain can be provoked by weather changes, noise, and stress, among other factors. The pain gradually spreads to various parts of the body, such as the neck, shoulders, arms, buttocks, chest, and upper back. You may feel that your hands and feet have swollen, there is also decreased tolerance for exercises because you experience severe muscular pain after exercise.  However, once you reduce inflammation you can gradually incorporate some type of activity.

About 90% of patients suffer from fatigue, which may be linked to irregular sleeping patterns. Patients with fibromyalgia often lack the experience of “non rapid eye movement” sleep.  Therefore waking up in the morning with insufficient sleep, body, and muscle pain, since they do not experience a deep and sound sleep at night.

Nearly half of fibromyalgia patients suffer from mental and emotional instability. Reduced concentration, mood swings, irritability, forgetful mind, depression and tension, and memory problems are some of its common symptoms. As there is no availability of confirmatory clinical test, fibromyalgia patients are often misdiagnosed with depression. Some other symptoms include headaches and migraine, numbness, frequent urination, and pain in the abdomen.

Other Conditions Linked to Fibromyalgia

I am sure at this point you are all too familiar with dealing with fatigue, chronic headaches, and even Celiac Disease, along with excruciating pain.  I am so sorry that you have to endure this.  Pain is usually the result of chronic inflammation which most autoimmune diseases stem from.

If you are miserable with “on and off pain” and realized medications work sometimes or don’t work anymore? Then it is time to learn how to STOP pain and suffering step by step with natural remedies and life style changes – with no worries, no wasted money, no pain, and no harmful drugs.

So How Do You Stop Fibromyalgia Once And for All?

Though a number of prescription medications are available for the treatment of fibromyalgia, there is an increased risk of side effects and eventually, your body will become immune to them. Research has shown that natural and alternative healing therapies can help cure fibromyalgia in the most effective way.

While the cause of fibromyalgia is unknown, researchers have found pain-processing abnormalities in the spines and brain stems of some people with fibromyalgia.

In the study, investigators reviewed medical charts of 17 fibromyalgia patients who agreed to eliminate common foods from their diet such as corn, wheat, dairy, citrus, soy and nuts.

After 2 weeks without eating any of the potential food allergens, nearly half of the patients reported “significant reduction of pain,” and 76% reported a reduction in other symptoms such as a headache, fatigue, bloating, heartburn, and breathing difficulties.

After the food elimination phase of the study, the patients were then instructed to reintroduce a particular food every 2 or 3 days and monitor their reaction to the food.

Some of the reactions to foods were pain, headache, and gastrointestinal distress. The most common problem-causing foods or ingredients for the patients in this study were corn, wheat, dairy, citrus, and sugar writes Dr. Joseph Mercola on his article Diet Helps Fibromyalgia

Are There Natural Ways to Heal Fibromyalgia?

>>Must Read: 5 Foods That Reduce Inflammation and Pain

In a study by The Physicians Postgraduate Press named An Introduction to Fibromyalgia and Its Related Disorders,  Dr. Arnold described  nonpharmacologic treatments of fibromyalgia, which include:

Dr. Goldenberg later addressed that Cognitive-behavioral therapy has demonstrated positive effects on patients’ ability to cope with pain associated with fibromyalgia and feelings of control over pain, although these effects were not superior to those produced by education,49 which suggests that education itself can be therapeutic. Cognitive-behavioral therapy is also an effective treatment for mood and anxiety disorders.50,51

Dr. Arnold stated that evidence also supports the use of aerobic exercise for the treatment of fibromyalgia52 and for the treatment of mild to moderate depression.53I know that it can be daunting to begin a protocol without any guidance. An elimination is a good place to start.  (You can read the full article here)

Now you turn? Have you or a loved one been dealing with Fibromyalgia, or worse yet they have not been diagnosed yet? I’d love to hear your experiences in the comments below.
References
http://www.niams.nih.gov/Health_Info/Fibromyalgia/default.asp
http://cure4fibromyalgia.org/fibro/index.php?main_page=page&id=16&chapter=2
http://www.medicinenet.com/fibromyalgia/article.htm
Image Credit : emska3000 flicker