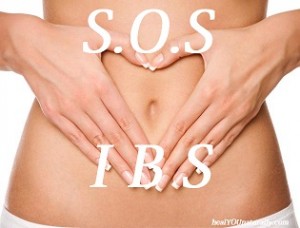 A common functional disorder of the gastrointestinal tract, irritable bowel syndrome (IBS) is the irregular contraction of the intestinal muscles. The syndrome affects the large intestine and can cause extreme discomfort and distress. Though the actual cause for the irritable syndrome is still unknown, you can take some positive steps for IBS treatment.

Often known as irritable colon or spastic colon, IBS impacts more women than men due to hormonal changes during the menstrual cycle. IBS symptoms first tend to appear in early adulthood, with bowels becoming easily upset. The syndrome may be attributed to emotional stress, changes in routine and diet, and infection. Though the IBS does not have a lasting impact, it can be disabling for some people, resulting in their inability to work, travel, or attend social events.

Statistics reveal that at least 20 percent of the adult population in the United States is impacted by IBS symptoms. When you look for the treatment for IBS, you must first identify the causes of the syndrome. IBS may be the result of food sensitivities, sleep disturbances, hormonal imbalances, stress, and changes in neurotransmitters. Stress may reduce the amount of hydrochloric acid produced in the stomach, thus limiting your ability to digest food. In that case, when you eat something, food enters the intestines and is left undigested, causing gas and bloating.

How To STOP IBS Naturally

If you suffer from the syndrome, the IBS Remedy Report offers you ample information you may need to make a decision on the treatment for this medical condition. Food hypersensitivity or intolerance is believed to trigger IBS symptoms in about 50% of the people suffering from the syndrome.

The most effective treatment for IBS is bringing a change in your dietary habits, and conditions other than IBS are often misdiagnosed.  This simple IBS cure report will tell you ways to recognize the difference and will show you exactly what to do so you can get your health back and enjoy life again!