How To Reverse Hashimoto’s- Hypothyroidism Naturally

You are here: Home / Nutrition / How To Reverse Hashimoto’s- Hypothyroidism Naturally 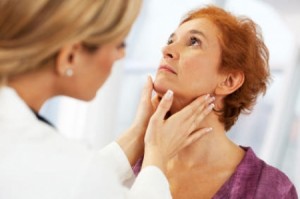 A 2013 study found that people with thyroid antibodies have similar structural features and blood flow patterns on ultrasound as those with Hashimoto’s who have moved on to overt hypothyroidism.

Thus, changes in the thyroid gland may start long before the symptoms of hormonal imbalances finally manifest.

What Is Hashimoto’s /Hypothyroidism

Hashimoto is a relatively rare disorder that affects the thyroid gland, which is primarily responsible for producing hormones within the body for the smooth functioning of different organs. With Hashimoto/Hypothyroidism, the thyroid gland becomes underactive. Statistics reveal that the disorder affects approximately 3 to 5 in every 10,000 individuals each year.

[quote]Gluten can make Hashimoto’s Worst. Being on a gluten-free diet can “almost” reverse Hashimoto’s ~ Chris Kresser[/quote]

It is also important to understand that this condition is more prevalent among middle-aged women. Female to male ratio for this condition is 20:1. This means women are 15 to 20 times more likely to suffer from this disease compared to men. As per the National Endocrine and Metabolic Diseases Information, this condition first appears in the age group of 40 to 60 years.

While the exact causes for the immune system attacking and damaging the thyroid gland are not known, it is believed that genetic factors may play an important role in the development of this condition. Other factors that influence whether a person develops this condition include age, sex, family history, or other autoimmune problems.

In some cases, the thyroid gland may become enlarged – a condition known as goiter. The symptoms associated with the condition may include anxiety, diarrhea, weight loss, and insomnia, followed by fatigue, weight gain, constipation, and depression.    The symptoms tend to occur when the thyroid gland recovers and resumes its function from time to time. So periods of hypothyroidism may be followed by hyperthyroidism. Other symptoms associated with the condition include fertility problems, muscle or joint pain, hair loss, weight changes.

To this day there is no known cure for Hashimoto’s, However, we can put it into remission by eliminating the underlying triggers and thyroid antibodies. We can also regenerate and heal thyroid tissues (in some cases) using effective, innovative, experimental therapies.