You are here: Home / Health / Endocrine System / 11 Warning Signs of Diabetes– Plus the Life Style Changes To Reverse It

Diabetes has become a major issue worldwide warns the American Diabetes Association. It estimates that as of 2012, 29.1 million Americans, or 9.3% of the population, had diabetes.  Even more alarming, is the raising number of youth and children estimated to be diagnosed with diabetes.  For example:

Furthermore, ethnicity plays a role in the development of Diabetes– mainly do to environmental and lifestyle factors.  Here are the statistics according to the American Diabetes Association:

Most of us have had a close relative or friend with Diabetes. I am sure at this point you have witnessed that relaying solely on prescription medications or insulin, without making any lifestyle changes has complications– that can be detrimental.

Diabetes as we know it is known as the silent killer and is highly linked to chronic inflammation.  The good news?  Diabetes can be reversed– if you commit yourself to making drastic life style changes.  Yes,  you read that right.  That being said, If you are looking for a magic pill or quick fix  this article is not for you.

If you are excited about making life style changes, investing in your health with the right supplements, and incorporating healthy habits in honor of your health  you can be around longer for your family; this article is for you.

Diabetes is a metabolic disorder marked by abnormally high sugar levels in the blood. Individuals suffering from diabetes either are not capable of producing enough insulin or cannot use the insulin produced in their bodies.

This condition results in exceedingly high levels of glucose in the bloodstream, which can cause serious complications. The National Institute of Diabetes and Digestive and Kidney Diseases reveals that over 25.8million people in America are suffering from diabetes. In fact, according to the Center for Disease Control and Prevention, diabetes is one of the leading causes of disability and death in the United States, as it can lead to kidney disease, blindness, nerve damage, stroke, and other serious complications. 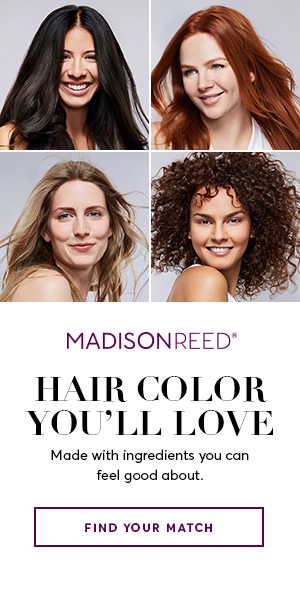 Diabetes can be categorized as type I diabetes, type II diabetes, and gestational diabetes.

We all have glucose or sugar in our bloodstream. It usually comes from the food that we eat and you are going to be surprised on what the latest research has found regarding what actually causes diabetes shortly. Some glucose is produced in the body naturally, and it works as a fuel for the cells in the body.Insulin, a hormone which is produced in the pancreas, moves this glucose or the sugar from the blood to the body cells. But in case of diabetes, the sugar cannot move from the blood into the cells in the body and remains in the bloodstream.

This happens because of two reasons – either the body is not able to produce sufficient insulin or it fails to use the insulin produced within the body. With time, glucose in the blood starts accumulating, leading to hyperglycemia – a state of high blood sugar, which can lead to more serious problems, including heart attacks, blindness, nervous system disorders, kidney problems, among others.
Diabetes can occur due to various factors, such as genetic predisposition, heredity,age, compromised immune system, drugs prescribed for some other condition, stress, pregnancy as well as environmental factors.   However, as Mr.R. Webster Kehr from The Cancer Tutor website reveals: Being overweight does not cause type 2 Diabetes!   Here is an excerpt from one of his great articles:

Scientists generate a lot of data, but frequently have no clue how to interpret the data. The reason there is a high statistical correlation between being overweight and having type 2 diabetes is that the same thing that causes type 2 diabetes also causes some people to be overweight. For example, bad fats (such as in margarine) are what cause type 2 diabetes, and bad fats can also cause a person to be overweight. Thus the statistical correlation is not a “causal” relationship, but rather a “common cause” relationship.

It is extremely rare when a scientist discusses “common cause” statistical correlations because they get paid to sell drugs. Let me repeat: being overweight does NOT cause type 2 diabetes.

Here is more information about what really causes type 2 diabetes:

“Another lipid in a cell wall is cholesterol. And you thought it was a terrible thing. The cholesterol in each one of your cells forms a “hydrophobic” bond within the cell wall. Hydrophobic means “fear of water.” It’s a cute way to describe this function of our cells, but in our lives it simply describes the reason we don’t melt in a rainstorm or fall apart when we take a shower or bath. Our cells resist water. Without this resistance, we would be water-soluble and we’d all dissolve in a rainstorm.

Our diets in this country (and in Budwig’s country at the time) lack these highly unsaturated fatty acids and contain an excess of man-made oils known as trans fats (or partially hydrogenated oils). These oils are very much like cholesterol and our bodies cannot tell the difference. These oils get into our cell walls and destroy the electrical charge. Without the charge, our cells start to suffocate. Without the oxygen, the only way the cell can replicate is anaerobically. (They also are very tough oils and have a 20-year shelf life.

They impede the process of cellular exchange, or letting nutrition in and letting wastes out. Trans fats are also responsible for Type II diabetes, since insulin is a very large molecule it has a difficult time passing through a cell wall created with man-made fats and not cholesterol.)” In other words, trans-fatty acids attach themselves to the cell walls, and because they are a different type and shape of molecule, make the cell walls “rigid,” and the large glucose molecules cannot penetrate the cell walls and get into the cells.

Diabetes can be life-threatening when blood sugar or glucose rises or falls significantly above or below the normal level. Efforts must be made to control blood glucose levels close to normal so as to prevent complications.

Treatment and Prevention of Diabetes

Natural supplements can be a powerful ally in helping you get your blood sugar levels in balance, and keeping them there. They help you avoid some of the unhealthy side effects that can come with traditional drugs and even insulin.  A number of natural remedies are available as a treatment for type 2 diabetes that are safe and can help control your blood sugar levels and manage the symptoms of the disease.

Diabetes is, according to recent studies highly related to:

In his book reversing Diabetes, Dr. Whitaker recommends several supplements along with  life style changes to help you manage diabetes and like the book suggests-reverse Diabetes.  A diet low in refined carbs and grains which as you know convert into sugar will be your first line of defense.
Grains and carbs such as wheat, semolina, whole wheat ( has a very high glycemic index) corn, and refined grains in general.   That being said, it is important to work along with your doctor and keep a close eye on your daily readings for major changes as you will need to adjust  the doses in insulin and or medications.

Supplements That Can Help Reverse Diabetes

Turmeric is widely consumed and generally believed to be beneficial for human health (6). Curcumin extract from rhizomes of turmeric has been shown to have anti-inflammation and anti-diabetic properties. In addition, it could setback the development of type II diabetes mellitus, improve β-cell functions, prevents β-cell death, and minimize insulin resistance in animals.

daily, of course, exercise and life style changes play a role. However, both the placebo and turmeric test subjects made dietary and lifestyle changes at the same times with the last one experiencing amazing decreases in their A1C, Fasting Glucose readings, and even their 2-hour Glucose tolerance tests.

I started using turmeric a couple of years ago in my smoothies, eggs, even stews and almost most of our meals, but add it at the end just so I don’t cook its amazing healing benefits.   My favorite Turmeric is certified organic from Sri Lanka with a rich orange color and a deep distinctive aroma.   I don’t use any other, because of it purity levels, it is fair trade approved, organic and super potent.  You can learn more and  try it here.

This is an effective antioxidant that assist our body in maintaining normal insulin sensitivity, makes it possible to  fasting blood glucose level and post-meal blood sugar level already in the normal rangeand promotes healthy and balanced insulin perform. Alpha lipoic

acid also the health of the peripheral nerve layer in the extremeties, a frequent dilema of people with sugar level concerns.
A good combination of these nutrients can help you:

Dr. Mark Hyman, the Director of the Cleveland Clinic Center for Functional Medicine, and the founder and medical director of The UltraWellness Center  wrote the Blood Sugar Solution

to prevent and reverse what he calls Diabesity.

Nutritional supplements can be very effective for Type 2 diabetes and insulin resistance. Here is what he recommends:

Does Diabetes run in your family?

Do you or a a loved one was recently diagnosed with Pre-Diabetes or Diabetes?

Are you still taking medication and if so how do you feel or do you use the natural approach? I would love to hear your comments and stories below.

To your best health,

How To Supercharge Your Vegetables With Healing Spices
Next Post: This is What Chronic Inflammation Does To Your Body + (How To Reverse It)