American Woman Who Died of Measles Was Previously Vaccinated Against Measles…

You are here: Home / Breaking News / American Woman Who Died of Measles Was Previously Vaccinated Against Measles…

…total failure of vaccine covered up by quack vaccine propagandists 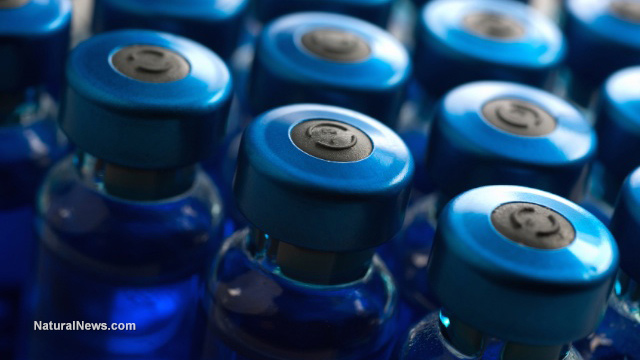 (NaturalNews) Ever since a woman from Washington state sadly passed away last week from what was reported as “measles,” the vaccine zealots have been in a frenzy, declaring that everyone needs to be vaccinated against the measles or more people might die.

But now the Daily Mail in the UK has revealed this woman was already vaccinated against the measles!

“A woman who became the first person to die of the measles in the U.S. in 12 years had been vaccinated against the disease,” reports the Daily Mail.

Not only was she already vaccinated against the measles, it was other Big Pharma medications that ultimately killed her! As the Daily Mail reports, “Dr. Jeanette Stehr-Green, the Clallam County health officer, told KOMO-TV the woman had been vaccinated as a child, but because she had other health problems and was taking medications that interfered with her response to an infection ‘she was not protected.'”

In other words, the woman’s immune system was compromised by pharmaceuticals, and the so-called “immunization” of a measles vaccine failed to work. But the vaccine-pushing U.S. media twisted the story around, withholding from the public the fact that this woman was already vaccinated and that her immune system was compromised by FDA-approved medications.

Even though this death clearly demonstrates the total failure of measles vaccines and immune-destroying medications, the vaccine-worshipping medical establishment can’t resist using this woman’s death as yet another reason to call for mass vaccination of the entire population. Every death is an “opportunity” for the vaccine industry to push yet more vaccines that will also fail in other people, contributing to yet more preventable deaths from infectious disease.

Yet the propaganda rolls on…

“This tragic situation illustrates the importance of immunizing as many people as possible to provide a high level of community protection against measles,” Washington State Department of Health spokesman Donn Moyer told the Daily Mail. “People with compromised immune systems cannot be vaccinated against measles. Even when vaccinated, they may not have a good immune response when exposed to disease; they may be especially vulnerable to disease outbreaks.”

And how do they get immunocompromised in the first place? By taking FDA-approved medications manufactured by the vaccine-producing drug companies.

Somehow this is all blamed on people who take no medications and no vaccines while living with healthy immune systems that naturally defend against infectious disease. Yep, every time a person vaccinated against measles dies of the measles, it’s the fault of people who protect their immune systems by intentionally avoiding dangerous drugs and injections of toxic vaccine ingredients.

Guess where she contracted the measles? At a hospital!

By the way, care to guess where this unfortunate woman actually contracted the measles? At a hospital, of course!

“The woman was hospitalized for several health conditions in the spring at a facility in Clallam County, which covers the northern part of the Olympic Peninsula. She was there at the same time as a person who later developed a rash and was contagious for measles, Moyer said. That’s when the woman most likely was exposed,” reports Komo News. “She was on medications that contributed to her weakened immune system,” Moyer told Komo News.

So let me get this straight: This woman is victimized by the medical establishment, infected in a hospital, immunocompromised by Big Pharma’s toxic medications, given a false sense of protection from a failed measles vaccine, but somehow her death is exploited by the vaccine industry to push for even more vaccines?

Now I’m absolutely sure the vaccine industry is even loonier than I suspected. Vaccine “quack logic” is on full parade, folks, when even the deaths of people who were already vaccinated against the disease are somehow blamed on everybody else.

Is it possible the woman would still be alive and well today if she wasn’t vaccinated, over-medicated and then infected at the hospital in the first place?

Sadly, this woman is yet another person who was KILLED by Western medicine! She’s not alone, either. There are 783,000 deaths each year in the U.S. alone that are caused by doctors, hospitals, and FDA-approved pharmaceuticals. See the Death By Medicine study and statistics.

Can you imagine the massive outcry from the medical community if a woman died from a disease after taking an herbal remedy that claimed to prevent that disease? Newspapers across the country would parlay that into a national frenzy and call for the FDA to ban all herbs, claiming they don’t work! But when a vaccine doesn’t work, somehow that’s proof that even more people need to get vaccinated. That’s some serious quack medicine logic for ya. Quackadoodledooooo!

(All fun aside, technically the faith-based belief in vaccines in the face of overwhelming contradictory evidence is defined as a religion or cult. The “cult of scientism.”)

By the way, if we’re now being told that “vaccine don’t work when you combine them with other medications,” then holy smokes, that’s a whole new realization somebody needs to tell California Gov. Jerry Brown, because he just stripped away the medical freedom of all parents under the false assumption that vaccines work all the time for everyone… and he never mentioned vaccines don’t work when people are on other medications.

Maybe it’s time the vaccine propagandists started being held responsible for all the people they’ve killed, brain damaged and made autistic with their inhumane, quack-science vaccine idiocy. The real solution to preventing infectious disease is to promote healthy children with strong immune systems, not to keep destroying their immune systems with medications and toxic vaccine adjuvants that can cause brain damage, autism, seizures and even death.

CDC scientist confesses to taking part in vaccine-autism research fraud to cover up the truth.

Hundreds of children brain damaged by the swine flu vaccine to receive $90 million in financial compensation from UK government.

The 21 curious questions we’re never allowed to ask about vaccines.

Sources for this story include:
http://www.komonews.com/news/local/Clallam-C…

Replublished with permission by the Original Source: American woman who died of measles was previously vaccinated against measles… total failure of vaccine covered up by quack vaccine propagandists – NaturalNews.com
​

Search for an organic or Natural Product